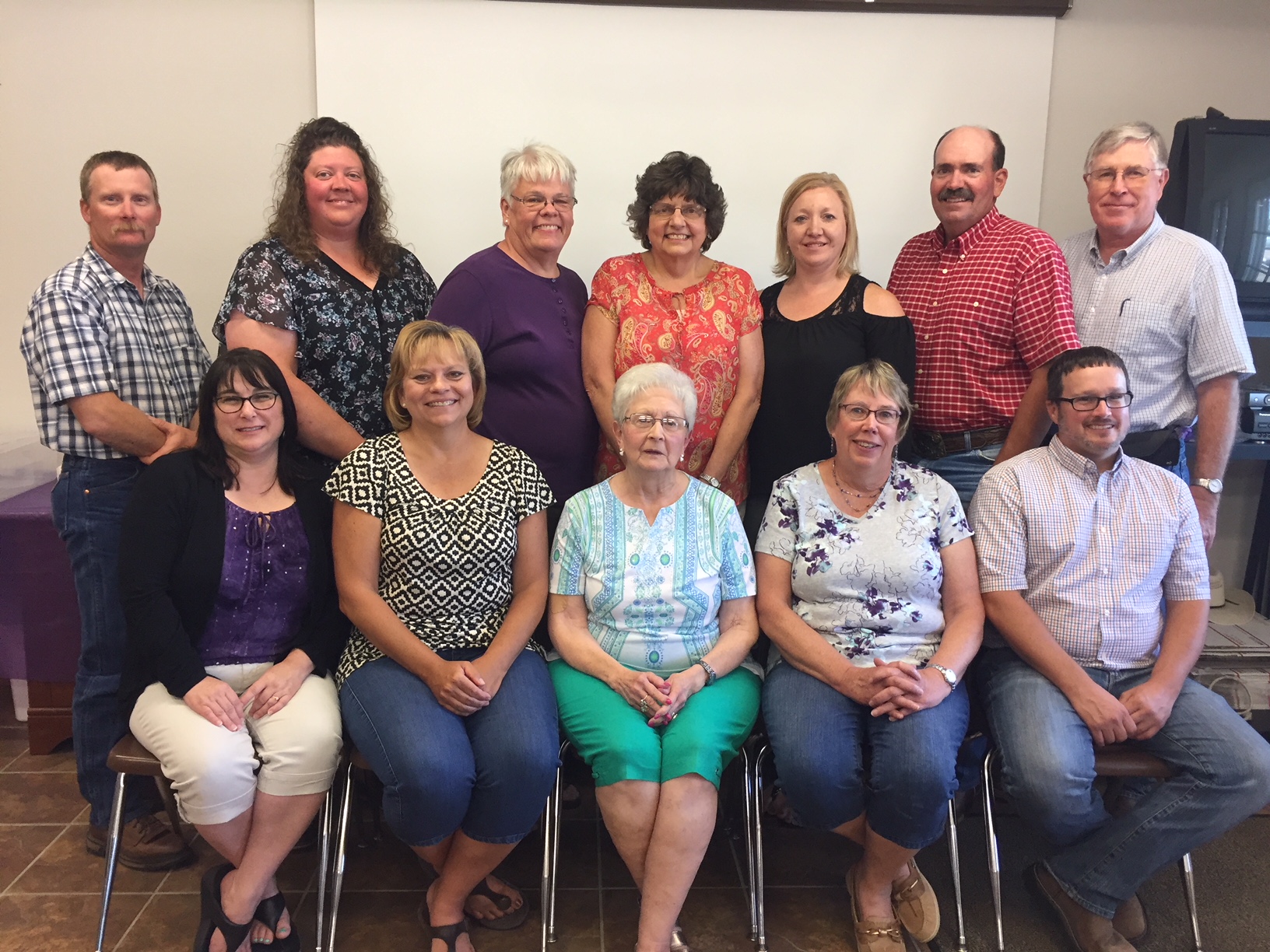 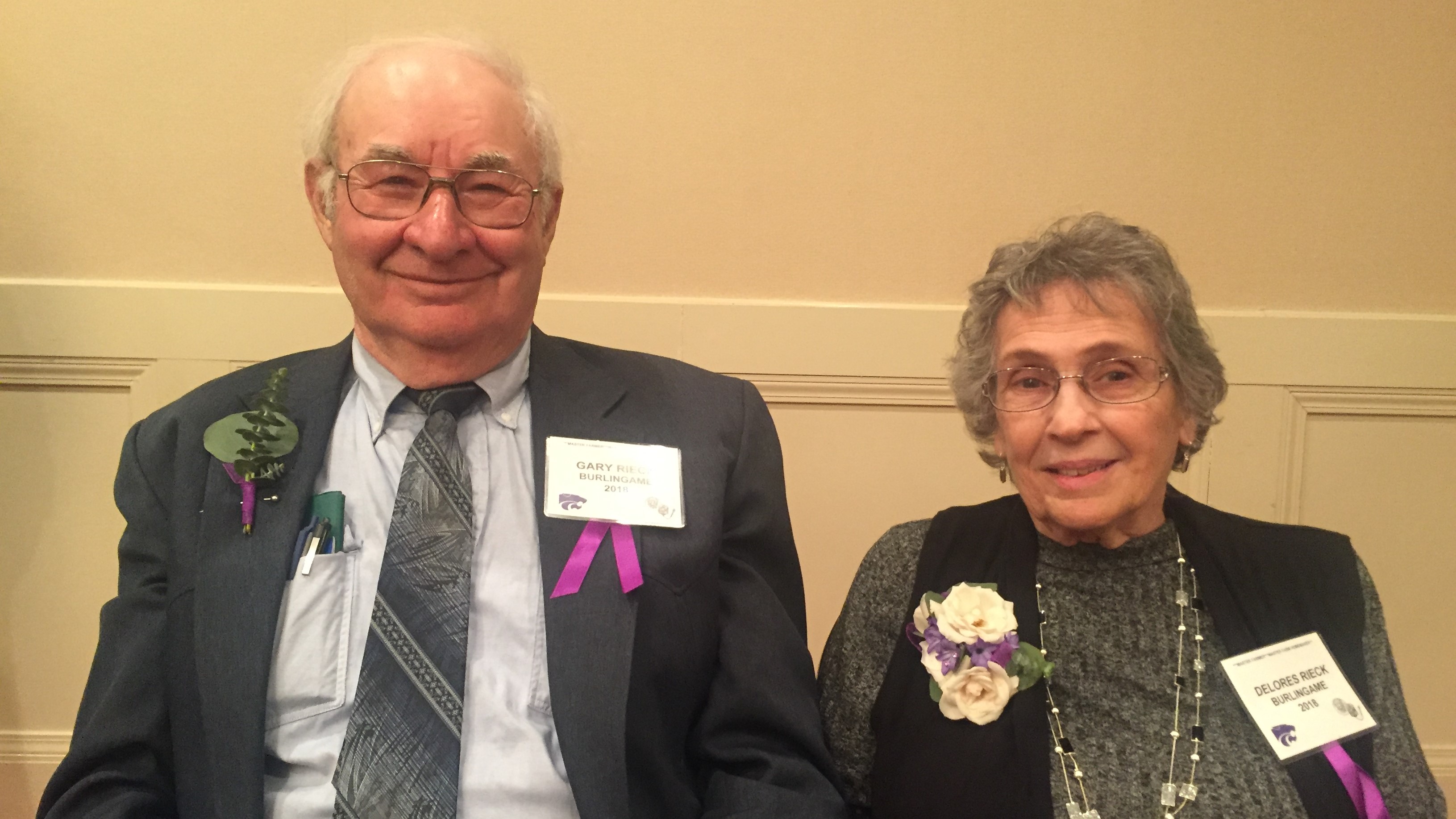 Gary Rieck graduated from Burlingame High School and continued his education in animal husbandry at Kansas State University.  He then worked as a hog buyer for Swift and Company in Kansas City. After a year in Kansas City, he returned home to farm with his father.  Gary’s passion for farming led him to hold several leadership positions.  He served as president of the Kansas Swine Seminar and Kansas Young Farmers.

Both Gary and his wife, Delores, are contributing members of area farming groups.  Both have been members of the Southeast Farm Management Association for 54 years.  Gary has also been a county director for that organization.  Delores served as president of the Kansas Young Farm Wives Association.

Delores graduated from Emporia State University with a bachelor’s degree in business education.  She furthered her education by earning a master’s degree.  Delores taught at Burlingame High School and Osage City Middle School.  After retiring, she continues to educate students by teaching quilting classes.  Delores has presented quilting programs across Kansas and started a business for her hobby.

The Riecks’ farming operation started out with 25 gilts in a farrowing-to-finish system. Today, the Riecks have transitioned to feeding cattle and farming soybeans and grass hay.  They also have acreage dedicated to the Conservation Reserve Program.  The Goodyear Soil Conservation Award was given to the operation for their management practices.  K-State Research and Extension programs, co-op crop seminars and crop expositions to help the Riecks constantly learn about practices that could improve their farm.

Son George works on statistical analysis for GPS crop mapping.  He lives in Des Moines, Iowa, with his wife, April, and two children, Holt and Cabe.

Daughter Gwen Hoy and her husband, Josh, operate an agri-tourism program in the Flint Hills. They have a daughter named Josie. 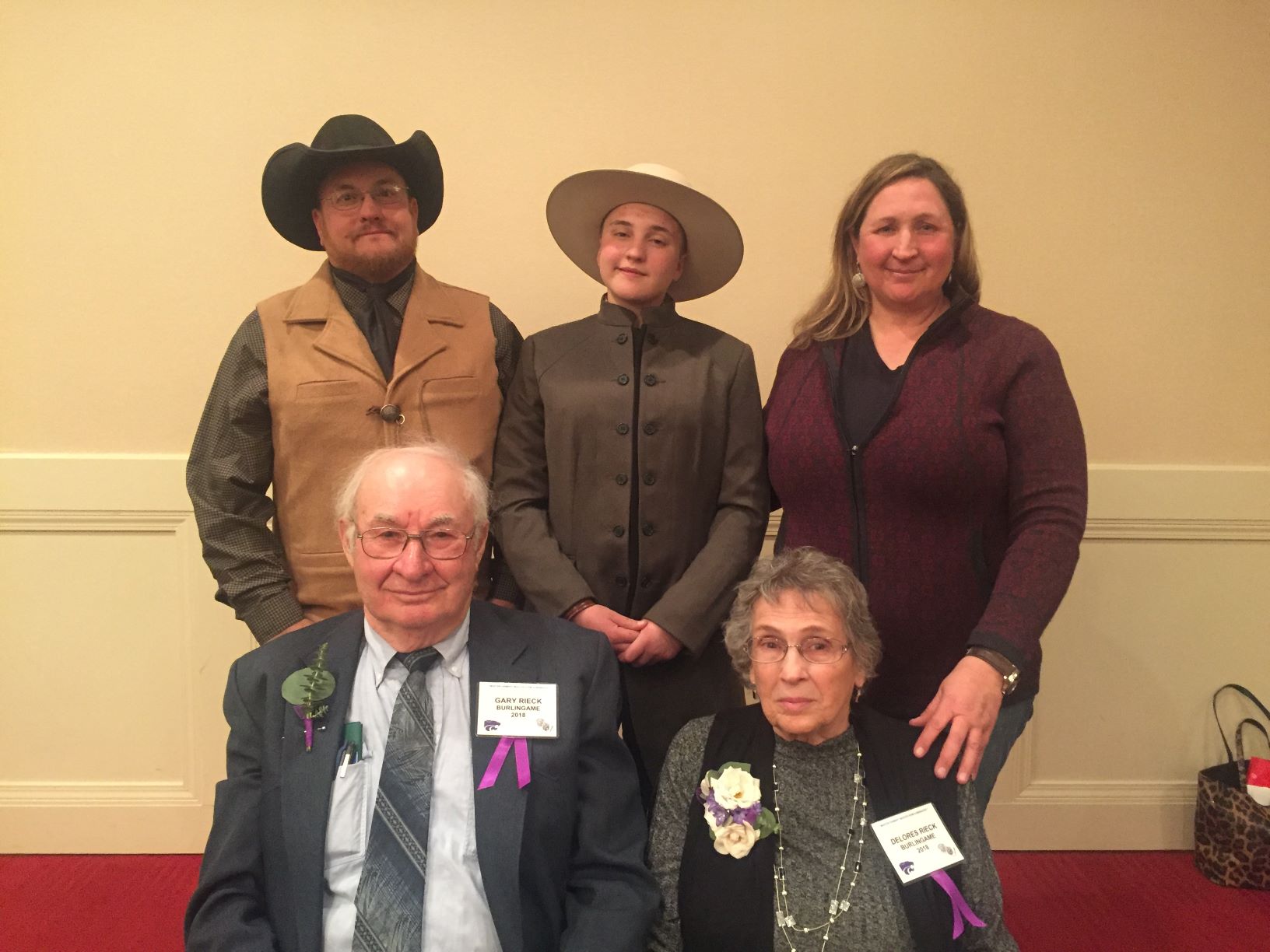 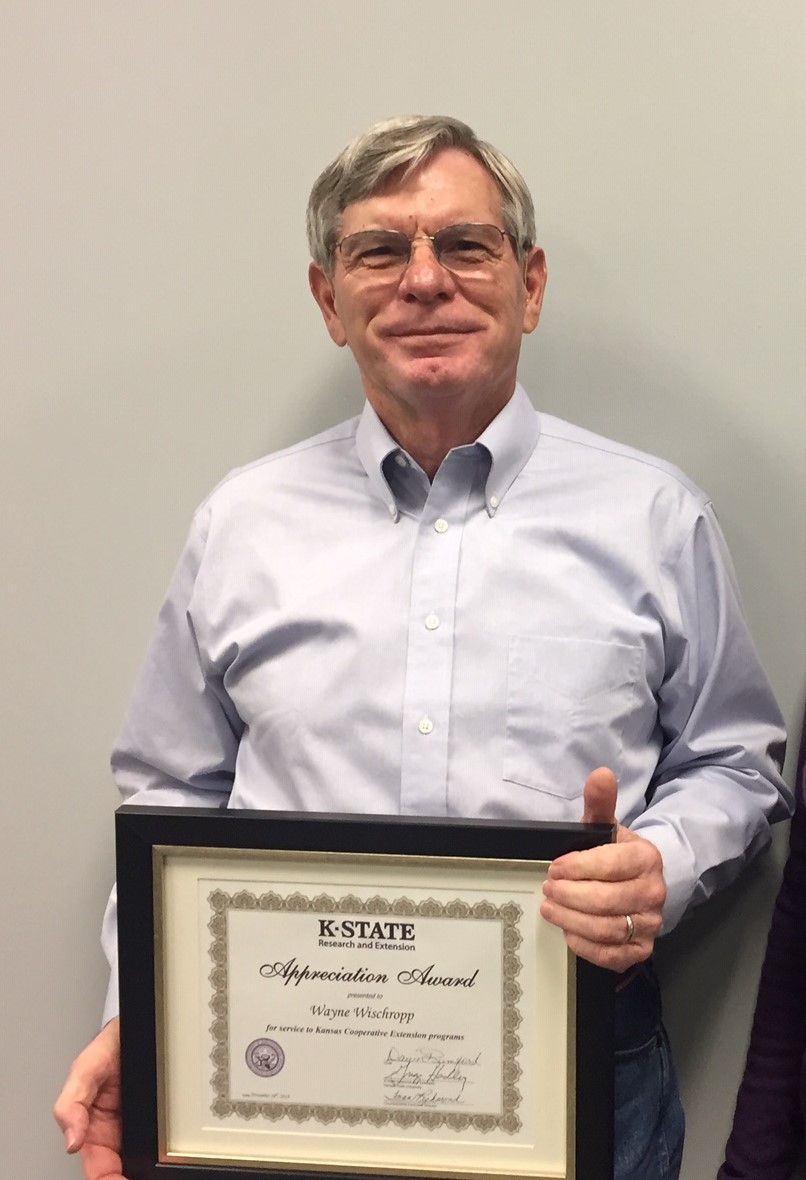 Wayne Wischropp is a life-long resident of Osage County. As a youth, he spent many hours with his father in livestock sale barns. His father was one of the owners of the Waverly sale barn for a number of years. During that time, Wayne watched, listened, and learned how to be an auctioneer. Also, as a youth, Wayne was in 4-H with cows being his primary project. 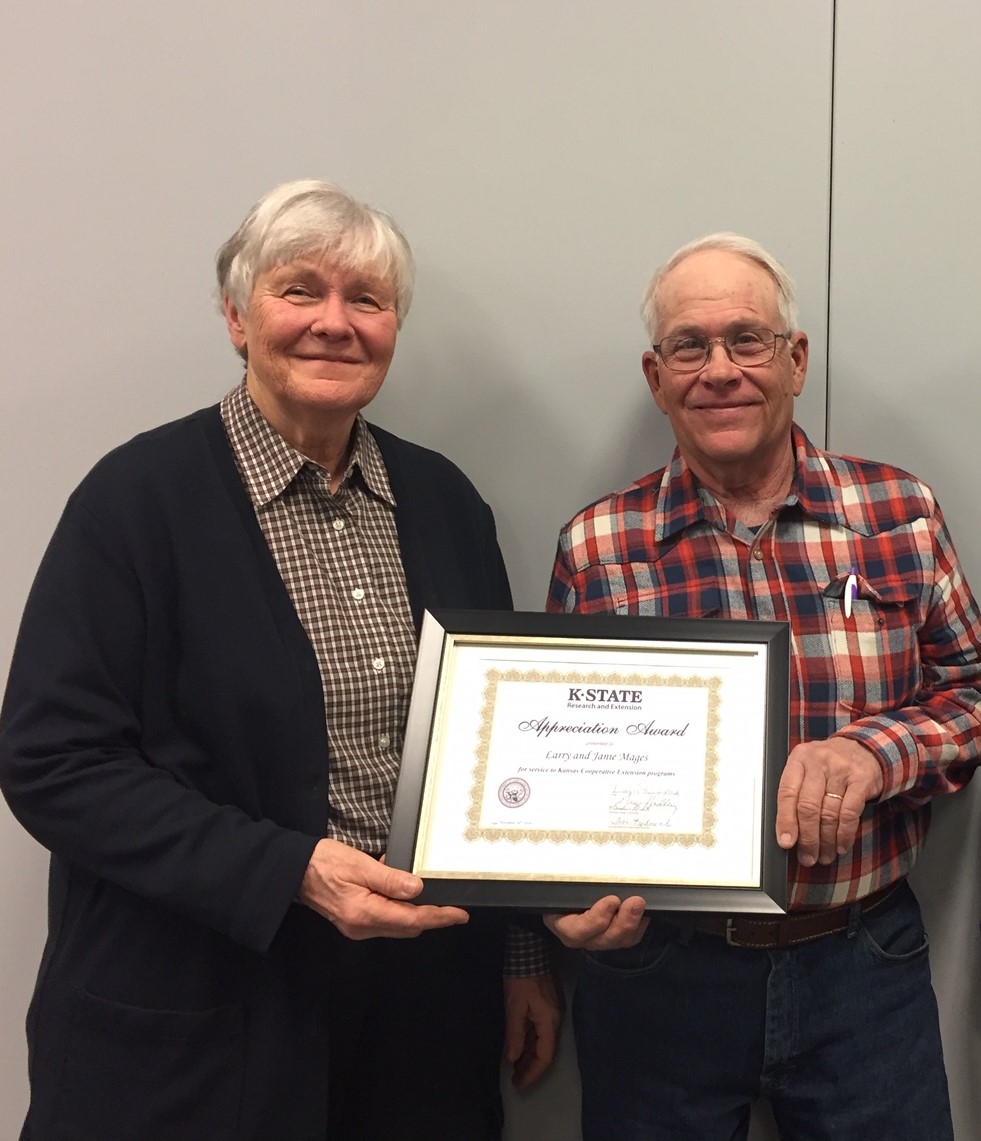 Dr. Larry and Janie Mages Dr. Mages came to Ottawa to start his veterinary practice in 1973. He practiced out of his house and focused on large animals, especially dairy cattle. He still practices at Cottonwood Animal Hospital in Ottawa.

The Mages’ have helped the 4-H livestock members in Franklin County for many years. Weigh-in for steers is held at the vet clinic and Dr. Mages has helped with health checks of livestock at the fair over the years. Recently they have donated panels for the bucket calves during the fair. The couple believes that the 4-H program is a great opportunity for youth. 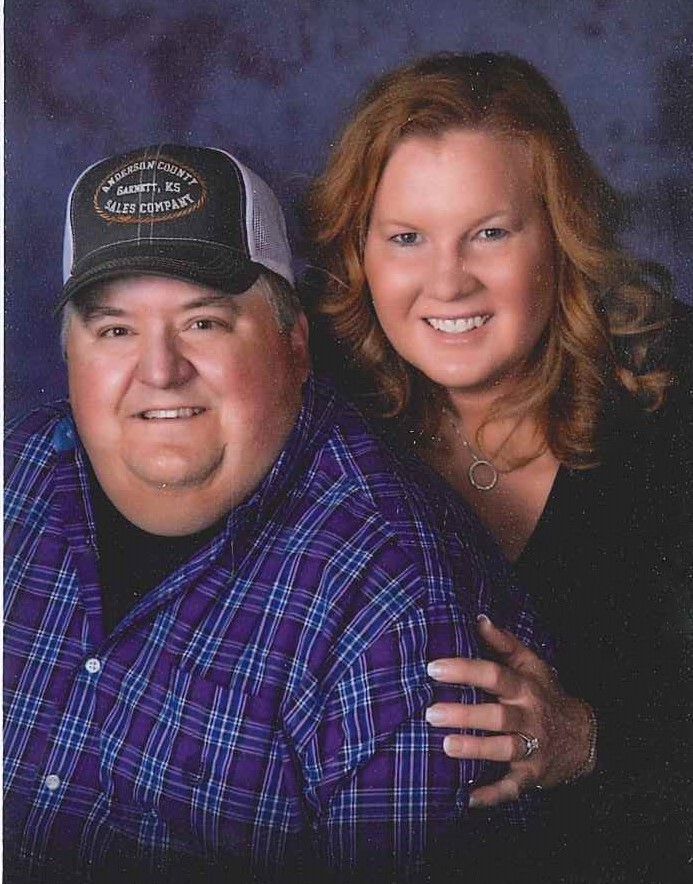 Ron and Christy have supported K-State Research and Extension over the years by auctioneering Anderson County Livestock Sales, coordinating county fair livestock sale buyers, auctioneering Anderson County Fair pie auctions, offering the use of their sale barn facilities for 4-H beef spring weigh-in, and working with youth both locally and across the nation by hosting tours, providing quality animals for dairy judging opportunities and educating about the beef and dairy industry.